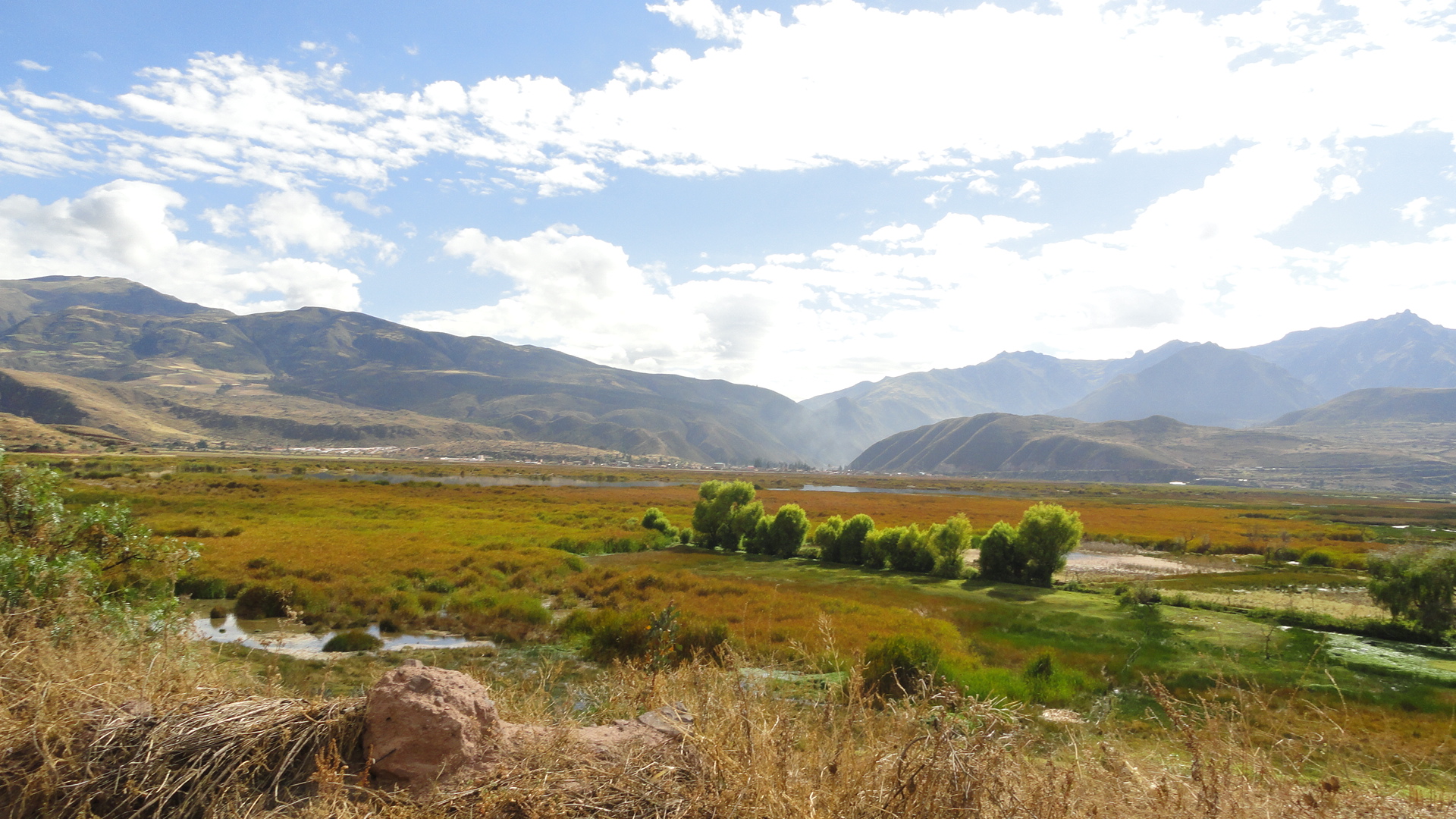 The night I met this woman — like all other nights — I followed these steps closely. I pushed past my trepidation and scooted along the wooden planks of the bridge to the restaurant. But as I came up to the house, everything was different. Silence replaced the barking dogs and Peruvian praise music. Where incandescent light bulbs normally guided my path to the door, the radiant stars provided the only light. Without the usual smoky fire burning, only the pungent scent of the fresh river trout, unwittingly swimming in their own oblivion, reached my nose.

The house was empty. But as I reached the door, whether it was from hope or simply disbelief, I knocked. Just be inside. Just be here. The knocking provided no answers. Where is my family?

Out of the corner of my eye I saw some movement and, seemingly out of nowhere, a woman began walking towards me. It was as if she had materialized from the night itself. Her wrinkles were a product of the cool wind; her curved back a result of the heavy, dark night; and her silver hair shone of the stars. Who are you? I had never seen her before and, after that night, I would never see her again.

Who was this unfamiliar woman standing outside of my family’s restaurant? What did she know about my family’s whereabouts that I didn’t? That I couldn’t because of my own faulty communication skills? She looked at me, and I wonder now what she saw. Did she see my fear? She began to speak, and whether she spoke Spanish or the indigenous language of Quechua, it made no difference. I couldn’t understand her either way. But I latched on to her gestures like gold.

She pointed a hand up to the mountain, a sign I desperately hoped meant my family would be waiting for me at their house. We’ve always met at the restaurant. Wouldn’t my family have told me we would meet at the house tonight? It’s worth checking, right? And this mystical woman seems to think that’s where I should go …

So up I walked. I had never made this walk on my own before, and the dark of the night was terrifying. My family’s house was about a half mile up the mountain from the restaurant, and with each step my hope of seeing my family doubled. As I reversed my steps over the river, and walked past stray dogs and unfamiliar men, I placed more trust in the world. I had to. The alternative would have been total, all-consuming fear of the unknown.

As I drew closer, my pace quickened. Familiarity, safety, home, family waited for me. But as I approached the house, there was still a lack of familiar features. My family was nowhere to be seen. Where are they? I had tried not to let the fear get to me, but my family had always been there waiting for me. The fear crept up, and I didn’t know what to do or where to go. They’ll come back, right? Who was this woman who told me to go up the mountain? She was wrong! I waited in my house, but I couldn’t stay there alone. My thoughts ran too wild, so I sought company from my friend and fellow student Hannah and her family.

I retraced my steps until I came to their tienda store. Bright lights greeted me, and, finally, I found comfort in the dark night. They led me around back, sat me down next to Hannah, and gave me soupa de pollo. Will my family know to find me here? Small bits of conversation grounded me to the people around me, but my thoughts drifted elsewhere — to my family. Please find me. After about an hour, I heard a familiar voice in the front of the house. My mom poked her head around the corner and I nearly cried right into her arms. ¡Mi mama! She found me!

The features of the woman who appeared out of the night remain so clear in my mind, yet her identity will always be unknown. While I tried my best to describe these features to my family, they had no inkling who this mysterious woman was. Maybe Pachamama, god of the earth, came to guide me through this unfamiliar night herself.

This was SST: the constant bombardment of features. Not just of the people, b​ut of the mountains, the ocean, the streets, the stray dogs on the roofs, even the stars. Part of me was always searching these features for something familiar. With nothing to latch onto, I let the fear consume me.  The fear is valid, and I wish I had been prepared for it. But I learned to find familiarity with the unknown itself, and trust that the world would make all that was unfamiliar familiar.

Anna van der Zwaag and her fabulous SST group journeyed through Peru the summer of 2013. She graduated from Goshen in 2015 with a degree in molecular biology/biochemistry and international studies.

June 19, 2015 in Essays, Peru
Our Horizons Are Exploding: Letters From Honduras